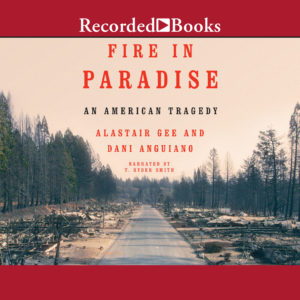 The harrowing story of the most destructive American wildfire in a century. There is no precedent in postwar American history for the destruction of the town of Paradise, California. On November 8, 2018, the community of 27,000 people was swallowed by the ferocious Camp Fire, which razed virtually every home and killed at least 85 people. The catastrophe seared the American imagination, taking the front page of every major national newspaper and top billing on the news networks. It displaced tens of thousands of people, yielding a refugee crisis that continues to unfold. Fire in Paradise is a dramatic and moving narrative of the disaster based on hundreds of in-depth interviews with residents, firefighters and police officers, and scientific experts. Alastair Gee and Dani Anguiano are California-based journalists who have reported on Paradise since the day the fire began. Together they reveal the heroics of the first responders, the miraculous escapes of those who got out of Paradise, and the horrors experienced by those who were trapped.

NARRATION BY THE AUTHOR 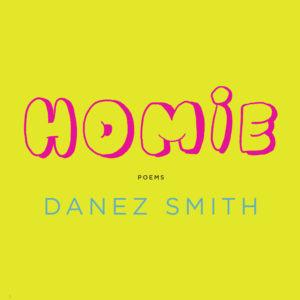 Homie: Poems
Written by Danez Smith
Narrated by the author

Homie is Danez Smith’s magnificent anthem about the saving grace of friendship. Rooted in the loss of one of Smith’s close friends, this book comes out of the search for joy and intimacy within a nation where both can seem scarce and getting scarcer. In poems of rare power and generosity, Smith acknowledges that in a country overrun by violence, xenophobia, and disparity, and in a body defined by race, queerness, and diagnosis, it can be hard to survive, even harder to remember reasons for living. But then the phone lights up, or a shout comes up to the window, and family-blood and chosen-arrives with just the right food and some redemption. Part friendship diary, part bright elegy, part war cry, Homie is the exuberant new book written for Danez and for Danez’s friends and for you and for yours. 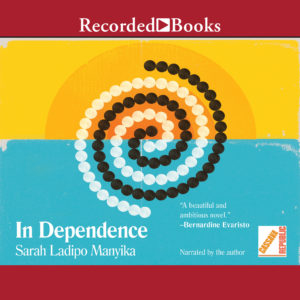 In Dependence
Written by Sarah Ladipo Manyika
Narrated by the author

In the early sixties, Tayo Ajayi sails to England from Nigeria to take up a scholarship at Oxford University. There he discovers a whole generation high on visions of a new and better world. He meets Vanessa Richardson, the beautiful daughter of a former colonial officer. Their story, which spans four decades, is a bittersweet tale of a brave but doomed affair and the universal desire to fall truly, madly and deeply in love. This is a lyrical and moving story of unfulfilled love fraught with the weight of history, race and geography and intertwined with questions of belonging, ageing, faith and family secrets. In Dependence explores the complexities of contemporary Africa, its diaspora and its interdependence with the rest of the world. 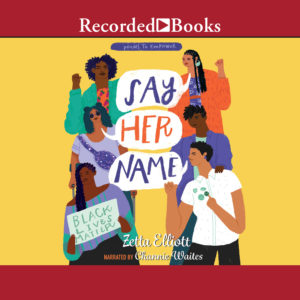 Inspired by the #SayHerName campaign launched by the African American Policy Forum, these poems pay tribute to victims of police brutality as well as the activists insisting that Black Lives Matter. Elliott engages poets from the past two centuries to create a chorus of voices celebrating the creativity, resilience, and courage of Black women and girls. This collection features forty-nine powerful poems, four of which are tribute poems inspired by the works of Lucille Clifton, Audre Lorde, Nikki Giovanni, and Phillis Wheatley. This provocative collection will move every reader to reflect, respond-and act. 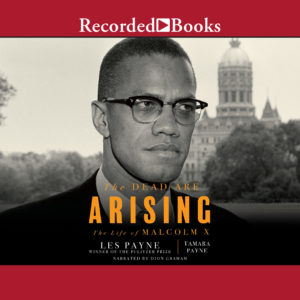 The Dead Are Arising: The Life of Malcolm X
Written by Les Payne, Tamara Payne
Narrated by Dion Graham

*2020 National Book Award winner
Les Payne, the renowned Pulitzer Prize–winning investigative journalist, embarked in 1990 on a nearly 30-year-long quest to interview anyone he could find who had actually known Malcolm X. His goal was ambitious: to transform what would become dozens of interviews into an unprecedented portrait of Malcolm X, one that would separate fact from fiction. Introduced by Payne’s daughter and primary researcher, Tamara Payne, The Dead Are Arising is a riveting work that affirms the centrality of Malcolm X to the African-American freedom struggle.

This year will be especially amazing, with actor and author John Leguizamo hosting, and a range of amazing celebrity judges including David Sedaris, Jennifer Egan, Tommy Orange, Melissa de la Cruz, Jerry Craft, and V.E. Schwab! Don’t miss this opportunity to see all the stars of the literary and audiobook world come together virtually and celebrate the best audiobooks of the year.

The Audie Awards® are recognized as the most prestigious award in the audiobook industry. It recognizes the authors, narrators, and publishers who have contributed to excellence in audiobook storytelling, performance, and production, as well as the explosive growth of the medium! Learn more about the awards and the Audio Publishers Association here: https://www.audiopub.org/members/audies